Blowing Up Russia - Encounter Books
Back to Browse

The Secret Plot to Bring Back KGB Terror Blowing Up Russia contains the allegations of ex-spy Alexander Litvinenko against his former spymasters in Moscow which led to his being murdered in London in November 2006. In the book he and historian Yuri Felshtinsky detail how since 1999 the Russian secret service has been hatching a plot to return to the terror that was the hallmark of the KGB. Vividly written and based on Litvinenko’s 20 years of insider knowledge of Russian spy campaigns, Blowing Up Russia describes how the successor of the KGB fabricated terrorist attacks and launched a war. Writing about Litvinenko, the surviving co-author recounts how the banning of the book in Russia led to three earlier deaths. 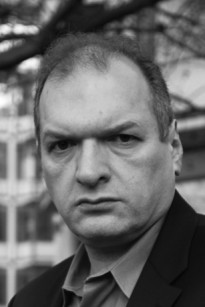 Alexander Litvinenko(1962-2006) served in the Russian military for more than 20 years achieving the ranks of Lieutenant-Colonel. In 1988 he served in the counterintelligence agencies of the Soviet KGB and from 1991 in the Central Staff of the MB-FSK-FSB, specializing in counter-terrorist activities and organized crime. He escaped from Russia, and was granted political asylum in May 2001 by Great Britian where he lived until he was poisoned in November 2006.