The Cunning of Freedom - Encounter Books
Back to Browse This book has two currents. The first is an analysis of the three concepts of freedom that are called, respectively, negative, positive, and inner. Negative freedom is defined as an absence of coercion, positive freedom as an ability to rule oneself and others, inner freedom as being oneself; that is, being the author of one’s decisions. Each concept is analyzed both in terms of its development in the history of ideas and in terms of its internal logic. The major problem of negative freedom is to find widely accepted rules according to which this freedom can be distributed. The major problem of positive freedom is to define what constitutes a free person. The major problem of inner freedom is how to correlate it with the proper interpretation of the human self. The book advances the thesis, and this constitutes the other current of its narrative—that we have been witnessing the advent of a new form of despotism, much of it being the effect of liberalism’s dominant position. Precisely because it took a reductionist position, liberalism has impoverished our view of freedom and, consequently, our notion of human nature with its political, moral, and metaphysical dimensions. Ryszard Legutko is a professor of philosophy at Jagellonian University in Krakow, Poland, specializing in ancient philosophy and political theory. 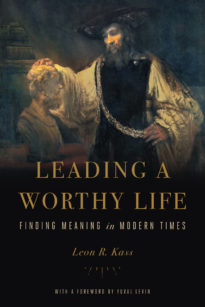 Most American young people, like their ancestors, harbor desires for a worthy life: a life of meaning, a life that makes sense. But they are increasingly confused about what such a life might look like, and how they might, in the present age, be able to live one. Finding Truth in a Post-Truth World

Common sense is the foundation of thinking and of human action. It is the indispensable basis for making our way in the world as individuals and in community with others, and the starting point for finding truth and building scientific knowledge. The philosophy of common-sense realism deeply informed the American Founders’ vision for a self-governing people, in a society where leaders and average citizens share essentially the same understanding of reality—of what simply makes sense.