The Persian Night - Encounter Books
Back to Browse

Iran under the Khomeinist Revolution The Persian Night
Iran under the Khomeinist Revolution
By Amir Taheri

An anatomy of one of the most secretive regimes in the contemporary world, The Persian Night traces the historical, religious, cultural, and political roots of the Khomeinist revolution and analyzes the way it has grown into a pseudo-religious ideology over the past three decades. Taheri dissects a regime that has hijacked a nation of seventy million people and mobilized its resources for global “holy war” against the United States and its allies. From Khomeini’s “divine mission” to President Mahmoud Ahmadinejad’s messianic campaign in the name of the “Hidden Imam,” Iran is on a trajectory towards war.

The Persian Night looks into the actual links between the Islamic Republic and terrorist networks including al-Qaeda and Hezballah; the reality of the Iranian nuclear program; the Islamic Republic’s war-making capabilities and strategies; and the origins of the three Khomeinist phobias—women, Jews, and the United States.

But as Taheri demonstrates, Khomeinism is not Iran. Today there are two competing Irans: the one manifested in the negative Khomeinist energies that have dragged the nation into its dark night; the other drawing from the long and celebrated history of Persian culture while extending a friendly hand to the West.

Successive U.S. administrations, along with most European governments, have failed to understand the reality of the Khomeinist regime and at times have even aided its pursuit of weapons of mass destruction, including a nuclear arsenal. Taheri provides a set of imaginative suggestions for more effective ways of dealing with Iran. 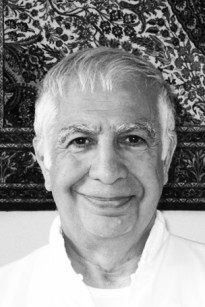 Amir Taheri was the executive editor in chief of the daily Kayhan, Iran’s largest newspaper, for more than six years before the mullahs seized power. In the United States, his articles have appeared in the Wall Street Journal, the New York Post, the New York Times, the Los Angeles Times, and Commentary, among other publications. He lives in Paris and London. Iran’s Deadly Ambition explains how America’s retraction from the Middle East has created significant breathing room for an Iranian regime that not long ago was on the political ropes.