Where COVID Came From - Encounter Books
Back to Browse

Where COVID Came From Where COVID Came From
By Nicholas Wade

Did the Covid virus jump naturally from an animal species to humans, or did it escape from a laboratory experiment?  In this essay, science writer Nicholas Wade explores the two scenarios and argues that, on present evidence, lab escape is the more likely explanation. His inference is based on specific research being conducted at the Wuhan Institute of Virology and the Institute’s lack of adequate safety precautions, together with the continuing absence of any direct evidence to support natural emergence.

The essay discusses the failure of the mainstream media to penetrate the self-interested assurance of virologists that lab escape was a dismissible conspiracy theory. It also notes how the politicization of discussion impeded consideration of the scientific facts. Nicholas Wade has worked at Nature, Science, and, for many years, the New York Times, where he was an editorial writer, science reporter, and science editor. He has written three books on aspects of recent human evolution.

The Covid-19 pandemic has disrupted lives the world over for more than a year. Its death toll will soon reach three million people. Yet the origin of the pandemic remains uncertain: the political agendas of governments and scientists have generated thick clouds of obfuscation, which the mainstream press seems helpless to dispel.

In what follows I will sort through the available scientific facts, which hold many clues as to what happened, and provide readers with the evidence to make their own judgments. I will then try to assess the complex issue of blame, which starts with, but extends far beyond, the government of China.

By the end of this essay, you may have learned a lot about the molecular biology of viruses. I will try to keep this process as painless as possible. But the science cannot be avoided because for now, and probably for a long time hence, it offers the only sure thread through the maze.

The virus that caused the pandemic is known officially as SARS-CoV-2, but it can be called SARS2 for short. As many people know, there are two main theories about its origin. One is that SARS2 jumped naturally from wildlife to people. The other is that the virus was under study in a lab, from which it escaped. It matters a great deal which is the case if we hope to prevent a second such occurrence.

I’ll describe the two theories, explain why each is plausible, and then ask which provides the better explanation of the available facts. It’s important to note that so far there is no direct evidence for either theory. Each depends on a set of reasonable conjectures but so far lacks proof. So I have only clues, not conclusions, to offer. But those clues point in a specific direction. And having inferred that direction, I’m going to delineate some of the strands in this tangled skein of disaster. 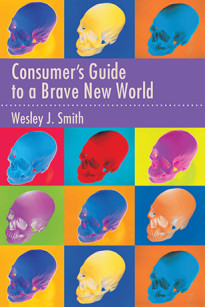 The Age of "Do Harm" Medicine

This is an updated and revised edition after fifteen years of one of the classic critiques of the modern bioethics movement. The new edition will show how the threats to the equality of human life and the potential for medical discrimination have accelerated since the publication of the first edition.