The Racist Roots of Gun Control

Jim Crow Laws Were the Foundation of Gun Control in America—and The Ku Klux Klan Was America’s First Gun Control Group
By David B. Kopel | February 23, 2018

Before the Civil War, the great anti-slavery writer Lysander Spooner used the Second Amendment to argue that slavery was unconstitutional. Since a slave is a person who cannot possess arms, and the Second Amendment guarantees that all persons can possess arms, no person in the United States, therefore, can be a slave.  “The right of a man ‘to keep and bear arms,’ is a right palpably inconsistent with the idea of his being a slave,” Spooner wrote.

On the other hand, in the infamous Dred Scott decision, U.S. Supreme Court Chief Justice Roger B. Taney announced that free blacks were not citizens; if they were, he warned, free blacks would have the right “to keep and carry arms wherever they went.”

Immediately after the Civil War, Southern states enacted Black Codes, designed to keep the ex-slaves in de facto slavery and submission. Mississippi’s provision was typical: No freedman “shall keep or carry fire-arms of any kind, or any ammunition” without police permission. In areas where the Ku Klux Klan took control, “almost universally the first thing done was to disarm the negroes and leave them defenseless,” recounted the civil rights attorney Albion Tourgée, who represented Plessy in Plessy v. Ferguson. The Ku Klux Klan was America’s first gun control group, as well as America’s first domestic terrorist organization.

Congress responded with the Freedman’s Bureau Act, insisting that “the constitutional right to bear arms, shall be secured to and enjoyed by all the citizens.” Congress followed up with the Civil Rights Act, and the Fourteenth Amendment, to ensure that no state could ever again violate the civil rights of Americans.

Repeatedly the congressional proponents of the Fourteenth Amendment announced that a key purpose of the Amendment was to guarantee that freedmen could exercise their Second Amendment right to own guns for self-defense, especially against gun control organizations such as the KKK. Senator Samuel Pomeroy (R-Kan.) explained the three “indispensable” “safeguards of liberty under our form of government”: the sanctity of the home; the right to vote; and “the right to bear arms…[so] if the cabin door of the freedman is broken open and the intruder enters…then should a well-loaded musket be in the hand of the occupant to send the polluted wretch to another world.”

Reconstruction and the Fourteenth Amendment forced Southern states to repeal laws explicitly forbidding blacks to have guns. So the white supremacist legislature in Tennessee enacted the 1871 “Army and Navy” law, barring the sale of any handguns except the “Army and Navy model.” The ex-Confederate soldiers already had their high-quality Army and Navy guns. But cash-poor freedmen could barely afford lower-cost, simpler firearms not of the Army and Navy quality.

Many Southern states followed Tennessee’s lead, with facially neutral laws banning inexpensive guns, or requiring permits to own or carry a gun. As one Florida judge explained, the laws were “passed for the purpose of disarming the negro laborers . . . [and] never intended to be applied to the white population.” (Watson v. Stone, Florida, 1941).

Jim Crow laws became the foundation of gun control in America. These laws spread north in the early decades of the twentieth century, aimed primarily at immigrants (Italians and Jews in New York City) or labor agitators (California), or in response to blacks having defended themselves against race riots (Missouri and Michigan).

In the 1950s and 1960s, a new civil rights movement arose in the South. White supremacist tactics were just as violent as they had been during Reconstruction. Blacks and civil rights workers armed for self-defense.

John Salter, a professor at Tougaloo College and chief organizer of the NAACP’s Jackson Movement during the early 1960s, wrote, “No one knows what kind of massive racist retaliation would have been directed against grass-roots black people had the black community not had a healthy measure of firearms within it.”

Civil rights professionals and the black community generally viewed nonviolence as a useful tactic for certain situations, not as a moral injunction to let oneself be murdered on a deserted road in the middle of the night. As the 1959 NAACP national convention resolved, “We do not deny but reaffirm the right of individual and collective self-defense against unlawful assaults.” Dr. Martin Luther King, Jr., agreed, supporting violence “exercised in self-defense,” which he described “as moral and legal” in all societies; he noted that not even Gandhi condemned it.

This piece has been adapted from The Truth About Gun Control by David B. Kopel. 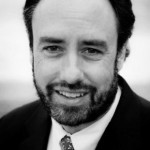 David B. Kopel is an associate policy analyst at the Cato Institute, research director of the Independence Institute, and adjunct professor of Advanced Constitutional Law at Denver University, Sturm College of Law.