Hegemon - Encounter Books
Back to Browse

In Hegemon, Mosher shows how the quest for domination has been something like an art form in Chinese statecraft, an enduring feature on the country’s mysterious face that is often hidden from the west. Hegemon is a masterly inquiry into the ideas at the heart of Chinese culture and history. It is also as timely as today’s headlines about Chinese efforts to influence U.S. elections and steal U.S. nuclear secrets and to establish China as a global superpower. A major work of scholarship and analysis, Hegemon reinforces Steven Mosher’s reputation as one of our most thoughtful and provocative China Watchers. Steven Mosher’s prize winning books about China include Broken Earth: The Rural Chinese; Journey to the Forbidden City; and China Misperceived: American Illusions and Chinese Reality. He has been closely involved with members of the Chinese democracy movement who found exile in the U.S. after the Tiananmen Square massacre. Mr. Mosher is president of the Population Research Institute. 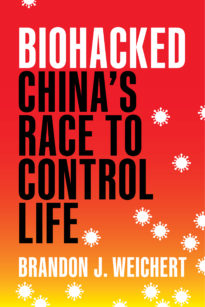