What is social justice? For Friedrich Hayek, it was a mirage—a meaningless, ideological, incoherent, vacuous cliché. He believed the term should be avoided, abandoned, and allowed to die a natural death. For its proponents, social justice is a catchall term that can be used to justify any progressive-sounding government program. It endures because it venerates its champions and brands its opponents as supporters of social injustice, and thus as enemies of humankind. As an ideological marker, social justice always works best when it is not too sharply defined.

In Social Justice Isn’t What You Think It Is, Michael Novak and Paul Adams seek to clarify the true meaning of social justice and to rescue it from its ideological captors. In examining figures ranging from Antonio Rosmini, Abraham Lincoln, and Hayek, to Popes Leo XIII, John Paul II, and Francis, the authors reveal that social justice is not a synonym for “progressive” government as we have come to believe. Rather, it is a virtue rooted in Catholic social teaching and developed as an alternative to the unchecked power of the state. Almost all social workers see themselves as progressives, not conservatives. Yet many of their “best practices” aim to empower families and local communities. They stress not individual or state, but the vast social space between them. Left and right surprisingly meet.

In this surprising reintroduction of its original intention, social justice represents an immensely powerful virtue for nurturing personal responsibility and building the human communities that can counter the widespread surrender to an ever-growing state. Michael Novak is distinguished visiting professor at Ave Maria University in Florida, after thirty-two years in the chair in religion and public policy at the American Enterprise Institute in Washington, DC. He was the 1994 recipient of the Templeton Prize, and was on three occasions US ambassador under Ronald Reagan. Paul Adams is professor emeritus of social work at the University of Hawai‘i. He was professor and associate dean of academic affairs at Case Western Reserve University. He has written extensively on social welfare policy and professional and virtue ethics.

Praise
“
“I have read this book with real delight. Clear, profound, inspiring, and brilliant.”
— Rocco Buttiglione
Italian Chamber of Deputies
Praise
“
“Adams and Novak write with compelling clarity and force. They make a rich contribution to our understanding of social justice and the policy implications that flow from it.”
— Charles J. Chaput, O.F.M. Cap.
Archbishop of Philadelphia
Praise
“
“A profound treatise on a topic dear to the heart of political progressives and social work professionals. Those who have never given the meaning of social justice a second thought will be greatly rewarded with reflective insights and a new understanding. Those who think they know the meaning of social justice will be challenged to think again–and more deeply.”
— Neil Gilbert
Chernin Professor of Social Welfare, University of California, Berkeley
Praise
“
“Elegantly, winsomely, and with telling examples, Novak and Adams show how Catholic social thought challenges conventional ‘liberal’ and ‘conservative’ approaches to social issues. This is a terrific book for anyone who is prepared to look anew at the dilemmas facing a society that aspires to be both free and compassionate.”
— Mary Ann Glendon
Professor of Law, Harvard University

Those Catholics who call themselves progressives sometimes make this same argument against the Vatican.

They want more liberties and powers given to local authorities (national and lower), rather than being held in the hands of the Vatican. At the same time, ironically, they have a tendency, particularly in regard to the social programs of the secular state, to favor the higher power over the lower. For instance, in the United States, decisions on school busing for racial purposes, on the federal takeover of the laws and rules for political elections, and on affirmative action were for a time entrusted to federal rather than local authorities.

These examples show that sometimes the common good may be better served by exerting superior federal powers. Still, the general rule holds. Higher powers tend to be more ignorant of local realities. And higher powers tend toward self-aggrandizement and the arrogance of power. Costs tend to rise precipitously; rules set from afar play out irrationally and counterproductively on local ground; and the competencies of local authorities wane from disuse. In addition, the bureaucratization of social assistance greatly diminishes the scope for human sympathies and personal knowledge. Abraham Lincoln willingly helped his brother with a significant loan, but by painful experience learned how his brother misspent it, and in consequence he refused to contribute further to his brother’s dissipation by making another loan. He wanted to see a change in his brother’s behavior first.

Neighbors know these behavioral tendencies in a way that distant welfare bureaucrats don’t. Under the latter, recipients of social assistance must be treated like clients, not neighbors and loved ones. From such experiences comes section 48 of Centesimus Annus:

“Malfunctions and defects in the Social Assistance State are the result of an inadequate understanding of the tasks proper to the State. Here again the principle of subsidiarity must be respected: a community of a higher order should not interfere in the internal life of a community of a lower order, depriving the latter of its functions, but rather should support it in case of need and help to coordinate its activity with the activities of the rest of society, always with a view to the common good.”

Finally, there is a natural tendency for taxpayers involved in assistance to the poor to let government do it all, and to stop caring for the poor on their own. The impersonal squeezes out the personal. From this, huge miscalculations are made about what works, about the real consequences as distinct from the good intentions of social action. Renewal argues that rather than a decline of the priesthood and a diminishing influence of the Catholic Church, we are living in a time of transformation and revitalization.

The Life and Times of Fulton J. Sheen

Fulton J. Sheen may someday become a saint. In the meantime, Thomas C. Reeves has shown us the man. America’s Bishop is a fascinating biography and a brilliant social history of the Catholic Church during the American Century. 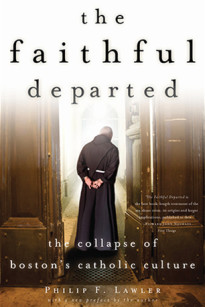