The Longest Romance - Encounter Books
Back to Browse Fidel Castro jailed political prisoners at a higher rate than Stalin during the Great Terror. He murdered more Cubans in his first three years in power than Hitler murdered Germans during his first six. Alone among world leaders, Castro came to within inches of igniting a global nuclear holocaust.

But you would never guess any of that from reading the mainstream American media. Instead we hear fawning accounts of Castro liberating Cuba from the clutches of U.S. robber-barons and bestowing world-class healthcare and education on his downtrodden citizens. “Propaganda is vital—the heart of our struggle,” Castro wrote in 1955. Today, the concept is as valid to the Cuban regime as ever.

History records few propaganda campaigns as phenomenally successful or enduring as Castro and Che’s. The Longest Romance exposes the full scope of this deception; it documents the complicity of major U.S. media players in spreading Castro’s propaganda and in coloring the world’s view of his totalitarian regime. Castro’s cachet as a celebrity icon of anti-Americanism has always overshadowed his record as a warmonger, racist, sexist, Stalinist, and godfather of modern terrorism. The Longest Romance uncovers this shameful history and names its major accomplices. Humberto Fontova was born in Havana Cuba in 1954 and escaped Castro’s revolution with his family in 1961. They were accepted in the U.S. as political refugees while his father remained jailed in Cuba as a political prisoner. 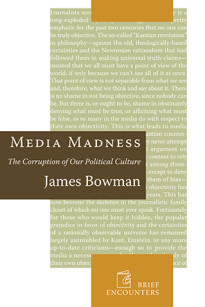