Why We Must Defend the Electoral College
By Trent England

Is the Electoral College “racist” and a “scam” as Rep. Alexandria Ocasio-Cortez claims? Or was Alexander Hamilton right when he declared that “if it be not perfect, it is at least excellent”? In this Broadside, Trent England explains why we have the Electoral College, how it shapes American politics, and why preserving it is necessary to maintain our republican form of government. With an organized campaign trying to hijack the constitution’s state-by-state system in favor of a direct election, now is the time for Americans to come to the defense of the Electoral College. 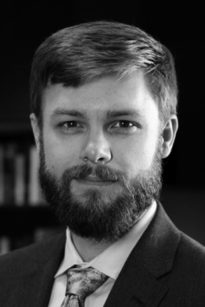 Trent England serves as Executive Vice President at the Oklahoma Council of Public Affairs, where he also directs the Save Our States project and is the David and Ann Brown Distinguished Fellow.

The Electoral College is under attack because it matters. Presidential elections determine who will direct federal agencies and appoint judges, but presidential campaigns also shape American politics. The Electoral College forces parties to build broad coalitions. It protects the power of states to run their own elections. And it contains disputes in individual states and reduces the risks from fraud.

Get rid of the Electoral College, and big cities will gain power at the expense of rural areas and small states. Political party coalitions will break down, encouraging fringe parties and spoiler candidates. In a more crowded field, a candidate could win with a small plurality. Differences among state election laws and an increased risk of fraud will compel a federal takeover of elections.

What happened? And how much does it matter? Electoral College opponents simply want to elect the president the same way we choose other elected officials. One person, one vote, right? Every state governor is chosen by a statewide popular vote. So why not a national popular vote for president?

Are you an American? According to the U.S. Census Bureau, increasing numbers of people are claiming “American” as their national ancestry. In our melting pot of cultures, they are taking a stand as authentic representatives of the American nation.