Signatures - Encounter Books
Back to Browse Signatures
Literary Encounters of a Lifetime
By David Pryce-Jones

As a child, Pryce-Jones spent time at Isaiah Berlin’s house. As a teenager, lunching with Bernard Berenson at I Tatti, he prompted an outburst about Parisian anti-Semitism. W. H. Auden found him at Oxford to praise his competition poem, and he later visited Auden in his loft studio in Austria. Svetlana Alliluyeva reminisced about her father, Joseph Stalin, while staying at the Pryce-Jones house in Wales.

A highbrow salon gathered in the home of Arthur Koestler, who strove to be an English gentleman and who was with Pryce-Jones in Reykjavik covering the Fischer-Spassky chess match. Saul Bellow spoke of an old friend, now a capo famiglia, promising to deal with student rioters in 1968 Chicago. After swapping houses with Pryce-Jones one summer, Jessica Mitford insisted that he would have been a Communist in the 1930s. Robert Graves challenged a quotation from Virgil, and told the Queen that she was a descendant of Muhammad.

We meet V. S. Naipaul, a free spirit who understood that “the world is what it is.” Muriel Spark would come round for lunch with the Pryce-Joneses in Florence, enjoying conspiratorial stories about Italian politics. At his sepulchral home in Heidelberg, Albert Speer demonstrated his way of “admitting a little to deny a great deal.” In Isaac Singer we see generosity, candor, and mischievous humor.

This is only a small sampling of the remarkable personalities who have left their signatures on a fascinating life. Praise
“
“Vivid sketches from a master of a vanished age, set in the brightest lights and darkest shadows of the twentieth century.”
—Peter Stothard
author of Alexandria (2013) and The Last Assassin (2020)
Praise
“
“This is an extraordinary work, unlike any other I can think of. Prompted by the books in his library, with their many personal associations, David Pryce-Jones considers a huge range of writers he has known. They include some of the most distinguished of the twentieth century: poets, novelists, critics, historians – plus Hitler’s sculptor and Stalin’s daughter. Some will say that Pryce-Jones has been a lucky man, leading a charmed life. But luck itself does not supply the sharp eye, fine memory, delicious humour and strong moral judgement that make this such a memorable book.”
—Noel Malcolm
Senior Research Fellow, All Souls College, University of Oxford

‘Signatures’ Review: In His Good Books

‘There will always be an England,” once the safest of safe generalizations, is now in need of serious qualification. An England doubtless there always will be, but England today is sadly diminished from the England that once bred Anglophiles round the world, myself among them.

Our Man of Letters: Review of 'Signatures' by David Pryce-Jones

'Signatures' consists of a series of short essays about writers. They are people whom David Pryce-Jones has interviewed or been friends with or known through a family connection, and whose own books he has asked them to sign.

A brave voice against the barbarians: David Pryce-Jones recalls a life of literary friendships and the defence of Western civilisation

Humboldt’s Gift is Saul Bellow’s tenth work of fiction, and Barley Alison, its London publisher, was highly anxious about it. I imagine she had paid more money for it than was sensible. Saul was known to say that people bought his books not to read but to leave them lying on coffee tables as evidence that they were highbrows. Barley intended to have this book sold, read and talked about. I was to write it up in the color magazine of the Telegraph.

Preparing to come to London for the publicity, Saul set Barley’s nerves jangling. Her recent letters, he wrote, had been “charming and impossible, heavenly and hellish.” She was underestimating his fatigue and overestimating his strength. He had no objection to meeting me and dining together, for some reason thinking the meal would be Provençale. But the BBC was after him, and his last experience with them had been dreadful. He spelled it out to her: on a sweltering day in Chicago ten men had come into his house, turned off the air conditioning, blown the fuses, asked ignorant and clumsy questions, and he was never again going to spend four hours under the cameras, with artistic picture editors all the more pleased the grimmer and queerer they made their subjects look.

In the event, Saul proved easygoing. It happened to be another sweltering day, and we sat it out in the shade of a tree at the center of one of the Kensington squares. He was in a mood to tell stories, reminiscing about the state school that had taught him Latin, and about his childhood friend, the son of Italian Mafiosi bootleggers in the years of Prohibition. In 1968 there were student riots here, there and everywhere, including Chicago. A member of the conservative-minded Committee on Social Thought at the University of Chicago, Saul had been greatly distressed by the violence. By chance in the street he encountered his childhood friend, now a capo famiglia, and told him what was happening. The question then was, How many are there? About two thousand. Right, give the word and we’ll have them out by two o’clock.

I told him how as a small boy I had been in France in the blitzkrieg of 1940, taken by my aunt Helene (always known as Bubbles) and her husband Eduardo Propper de Callejon, a secretary at the Spanish Embassy in Paris, to Cannes in the Vichy zone and then to safety in Spain and Morocco. Saul said, You went through something close to the Jewish experience. He felt that he had never quite done justice to his experience of being Jewish. Anti-Communism for him was a straightforward matter, but fear of what critics would say compelled him to hold back on unfashionable semi-mystical beliefs that he held about human nature, and he regretted what he could only stigmatize as cowardice.

Over the years, Saul read and generously endorsed several of my books. Passing through London, he would come to kitchen suppers in the house, sometimes alone and sometimes with Alexandra, his Romanian wife and a mathematician. He was a first-person writer whose fictional protagonists one and all are projections of himself. So much so that Joseph Epstein, who knew him well and is himself a writer with style and imagination, raises the possibility in an essay that Saul couldn’t construct convincing plots because he “wasn’t truly a novelist.” A master of language, though, without a doubt. His letters are second only to Byron’s for their immediacy and vivacity. I find myself quoting him quite often, for instance his Socratic view that the unexamined life is not worth living, that death is good for some people, and the analogy that Israel is a moral resort area, what Switzerland is to winter holidays. 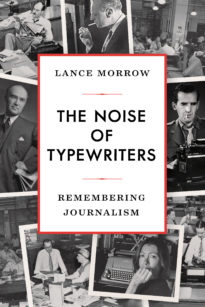