Who Rules? - Encounter Books
Back to Browse Who Rules?
Sovereignty, Nationalism, and the Fate of Freedom in the 21st Century
By Roger Kimball

At the center of the populist challenge, this volume proposes, are two questions. The first revolves around the question of sovereignty: who governs a country? This question is at the center of all contemporary populist initiatives and has been posed with increasing urgency as the bureaucratic burden of what has come to be called the administrative state has intruded more and more forcefully upon the political and social life of Western democracies.

The second key question, one related to the issue of sovereignty, concerns what Lincoln called “public sentiment”: the widespread, almost taken-for-granted yet nonetheless palpable affirmation by a people of their national identity. The erosion of national sovereignty to which populism is a response has been accompanied by an erosion of that shared national consensus. Increasingly, the traditional pillars of this consensus—the binding forces of family, religion, civic duty, and patriotic filiation—have faltered before the blandishments of transnational progressivism.

The debate sparked by these problems has turned on a number of high-profile issues which this volume seeks to address, including immigration, free trade, foreign policy, religious freedom, and the question of citizenship.

Among the epigraphs that preface his recent book The Demon in Democracy: Totalitarian Temptations in Free Societies, the Polish philosopher Ryszard Legutko features a famous bit from Tocqueville’s Democracy in America:

I think then that the species of oppression by which democratic nations are menaced is unlike anything which ever before existed in the world. . . . I am trying myself to choose an expression which will accurately convey the whole of the idea I have formed of it, but in vain. . . . I seek to trace the novel features under which despotism may appear in the world. The first thing that strikes the observation is an innumerable multitude of men all equal and alike, incessantly endeavoring to procure the petty and paltry pleasures with which they glut their lives. . . . Above this race of men stands an immense and tutelary power, which takes upon itself alone to secure their gratifications, and to watch over their fate. That power is absolute, minute, regular, provident, and mild. It would be like the authority of a parent, if, like that authority, its object was to prepare men for manhood; but it seeks on the contrary to keep them in perpetual childhood: it is well content that the people should rejoice, provided they think of nothing but rejoicing.

It is interesting to note that the first part of this passage also serves as an epigraph for Jacob Talmon’s classic The Origins of Totalitarian Democracy, a book that figures below in James Piereson’s essay on the evolution of the United States. Piereson traces the development of the country from a union of states (which is what the Founders had forged) into a nation in the modern sense under Lincoln’s guidance, and then, in recent decades, into a nation besieged by the centrifugal forces of multiculturalism and identity politics.

Talmon, writing in the 1950s, makes a critical distinction between liberal and totalitarian democracies. The essential difference between the two, he writes, is in their “different attitudes to politics.” The liberal approach “assumes politics to be a matter of trial and error”; it regards political systems as “pragmatic contrivances of human ingenuity and spontaneity.” Furthermore, it also recognizes “a variety of levels of personal and collective endeavor, which are altogether outside the sphere of politics.”

By contrast, the totalitarian version of democracy is “based upon the assumption of a sole and exclusive truth in politics.” Talmon calls this “political Messianism.” Readers of Norman Cohn’s classic The Pursuit of the Millennium will be familiar with the concept (as indeed will readers of Karl Marx). The “messianic” quality can be seen partly in the totalizing aspect of the vision—it is meant to organize and control the whole of our lives—partly in the presumption that it is both 1. inevitable and 2. morally superior to what came before. “[I]t postulates,” Talmon writes, “a preordained, harmonious and perfect scheme of things, to which men are irresistibly driven, and at which they are bound to arrive.”

Communism was one form of political Messianism. The supposedly “post-historical” liberal consensus that Francis Fukuyama championed in The End of History is another, kinder, gentler form of utopian presumption. It is worth noting that Fukuyama’s book figures as a cautionary marker in several of the essays that follow. Why? Because it is precisely that overweening liberal consensus—the increasingly bureaucratic and notably illiberal liberalism espoused by the administrative state—that we set out to challenge in this volume.

Talmon was onto something deep, I believe, when he identified “the paradox of freedom” as the recognition that freedom is unfree so long as it is wed to “an exclusive pattern of social existence, even if this pattern aims at the maximum of social justice and security.” The key is this: Do we take “men as they are” and look to politics to work from there? Or do we insist upon treating men “as they were meant to be, and would be, given the proper conditions”?

The former describes the traditional, genuinely liberal view of freedom. The latter describes what Talmon calls “totalitarian democracy.” A classic source for the latter view is Jean-Jacques Rousseau. In The Social Contract, Rousseau says that anyone who would “dare to undertake the institution of a government must think himself capable, as it were, of changing human nature” (my emphasis).

Contrast that hubristic ambition with James Madison’s acknowledgment, in Federalist 10, that different men have different and competing interests and that the “first object” of government is to protect those differences and the “diversity in the faculties” whence they arise.

The real battle that has been joined—and it is a battle that is in the process of forging a great political realignment—is not between virtuous progressive knights riding the steeds of liberalism, on the one hand, and the atavistic forces of supposedly untutored darkness represented by “populism,” on the other. 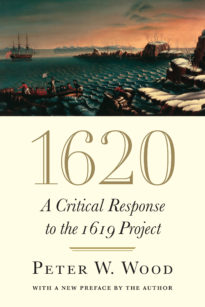 You Report to Me

Accountability for the Failing Administrative State

In You Report to Me, Bernhardt provides a firsthand chronicle of how the bureaucratic swamp really works and reveals how unaccountable power has quietly concentrated in the administrative state over the last two decades.