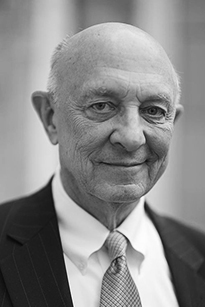 AMBASSADOR R. JAMES WOOLSEY, former director of Central Intelligence, former undersecretary of the U.S. Navy, and former ambassador to the Negotiations on Conventional Armed Forces in Europe is a lawyer and diplomat who has served in the U.S. government on many different occasions. He has held presidential appointments in two Republican and two Democratic administrations. He also has been a member of the National Commission on Terrorism, the Commission to Assess the Ballistic Missile Threat to the United States, the Commission on Federal Ethics Law Reform, the President’s Blue Ribbon Commission on Defense Management, and the President’s Commission on Strategic Forces.