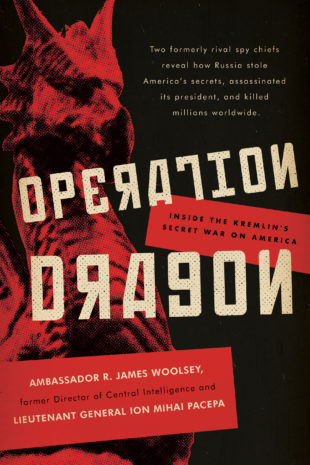 All evidence points to the fact that the assassination—carried out by Lee Harvey Oswald—was ordered by Soviet Premier Nikita Khrushchev, acting through what was essentially the Russian leader’s personal army, the KGB (now known as the FSB). This evidence, which is codified as most things in foreign intelligence are, has never before been jointly decoded by a top U.S. foreign intelligence leader and a former Soviet bloc spy chief familiar with KGB patterns and codes.

Meanwhile, dozens of conspiracy theorists have written books about the JFK assassination during the past fifty-six years. Most of these theories blame America and were largely triggered by the KGB disinformation campaign implemented in the intense effort to remove Russia’s own fingerprints that blamed in turn Lyndon Johnson, the CIA, secretive groups of American oilmen, Howard Hughes, Fidel Castro, and the Mafia.

Russian propaganda sowed hatred and contempt for the U.S. quite effectively, and its operations have morphed into many forms, including the recruitment of global terror groups and the backing of enemy nation-states. Yet it was the JFK assassination, with its explosive aftermath of false conspiracy theories, that set the model for blaming America first. Ambassador R. James Woolsey, former director of Central Intelligence, former undersecretary of the U.S. Navy, and former ambassador to the Negotiations on Conventional Armed Forces in Europe is a lawyer and diplomat who has served in the U.S. government on many different occasions.