A Republic No More - Encounter Books
Back to Browse After the Constitutional Convention, Benjamin Franklin was asked, “Well, Doctor, what have we got—a Republic or a Monarchy?” Franklin’s response: “A Republic—if you can keep it.”

This book argues: we couldn’t keep it.

A true republic privileges the common interest above the special interests. To do this, our Constitution established an elaborate system of checks and balances that separates power among the branches of government, and places them in conflict with one another. The Framers believed that this would keep grasping, covetous factions from acquiring enough power to dominate government. Instead, only the people would rule.

Proper institutional design is essential to this system. Each branch must manage responsibly the powers it is granted, as well as rebuke the other branches when they go astray. This is where subsequent generations have run into trouble: we have overloaded our government with more power than it can handle. The Constitution’s checks and balances have broken down because the institutions created in 1787 cannot exercise responsibly the powers of our sprawling, immense twenty-first century government.

The result is the triumph of special interests over the common interest. James Madison called this factionalism. We know it as political corruption.

Corruption today is so widespread that our government is not really a republic, but rather a special interest democracy. Everybody may participate, yes, but the contours of public policy depend not so much on the common good, but the push-and-pull of the various interest groups encamped in Washington, DC. Jay Cost has been a top political analyst for a decade. He is the author of A Republic No More: Big Government and the Rise of American Political Corruption and Spoiled Rotten. He is currently a writer for the Weekly Standard.

Praise
“
“In a democracy, politics is an openly, indeed exuberantly transactional business: If you elect me, I will do this and that for you. Hence the perennial problem of navigating the vast gray area between licit and illicit promises and promise-keeping. Jay Cost provides a map to the moral geography of modern government. The moral of this dismaying story is that as government becomes bigger, so does the number of transactions that look a lot like corruption.”
—George F. Will
Praise
“
“Corruption, argues political scientist Jay Cost, is ‘a permanent, institutionalized feature of our government.’ The Constitution, he argues, creates a limited government that is incapable of exercising the wide economic powers officeholders have embraced since the 1790s without rewarding well-placed insiders and auctioning off favors. It's an original thesis—and a disturbing one.”
—Michael Barone
Washington Examiner, American Enterprise Institute, and co-author of The Almanac of American Politics
Praise
“
“Jay Cost…seems to have read everything about federal corruption from the early republic to the corporate-friendly ‘Mickey Mouse Protection Act’ of 1998. With A Republic No More he provides a definitive account of Jacksonian grift, Gilded Age graft and 20th-century government giveaways.”
—Deirdre N. McCloskey
The Wall Street Journal
Praise
“
“What Jay Cost describes so well about the erosion of the common good is the underlying explanation of why 75% of Americans say that corruption is widespread in government.”
—Newt Gingrich

Political corruption is incompatible with a republican form of government.

A republic strives above all else to govern for the public interest; corruption, on the other hand, occurs when government agents sacrifice the interests of everybody for the sake of a few. Corruption can take many forms, as we shall see. It can be patronage. It can be intentionally lax regulatory oversight. It can be tax laws written to favor special interests. Corruption can benefit just one person, a small group, a large minority, or maybe even a majority, just as long as those interests are incompatible with those of the public at large. Sometimes it is illegal; more often it is not. The particulars may vary, but the result is always the same: the government puts private interests before public interests. In this book, we shall look at corruption primarily as the maldistribution of federal resources. There are other ways to look at corruption (e.g., in the administration of justice or corruption at the state level), but that shall not be my focus here. Instead, we shall examine how agents of the government—in particular the president and the Congress—distribute scarce resources in ways that run contrary to the public interest. In focusing on this, we shall be getting to the heart of the republican political philosophy articulated by James Madison. We Americans take our government to be a republic, but in point of fact we have never been able to check corruption effectively. On the contrary, it has spread over time. Why has our republican rhetoric not matched civic reality? Answering this question is our purpose in the pages that follow. I shall show that political corruption is a consequence of the growth of that government, specifically growth beyond the original boundaries established by the Framers of the Constitution. As the government expanded beyond its initial purpose, the system of “checks and balances” meant to keep corruption in line began to break down, in some cases even making a bad situation worse. Here, we shall examine corruption from an institutional perspective, rather than an ethical one. In other words, we will not explain corruption as a consequence of too many bad guys and not enough good guys, but rather of structural defects in the constitutional regime itself. While making my argument, we embrace a Madisonian treatment of the subject. To be clear, this is not to imply that James Madison’s take on the Constitution was the only one, or that it was the correct one. Almost as soon as the Constitution was ratified, there grew a wide divide between those who were crucial in its construction and ratification. Madison, for instance, squared off against George Washington and Alexander Hamilton on questions regarding public finance; and this was just a few short years after he had been closely allied with them. All three men were integral in the design of the new government, and for them to disagree as they did suggests that legalistic assertions about the Constitution’s “correct” meaning are often facile. It meant different things to different people – then and now. Therefore, we are not privileging Madison’s view as an empirical matter; we are not saying that Madison understood what the Constitution really said while Hamilton and Washington did not. We are rather asserting that his larger theory about republican government, and how he applied it to the Constitution, were insightful, and that we would be wise to heed his counsel. Heavily influenced by Calvinist theology, James Madison broke with classical political theorists to argue that civic virtue could not explain why republican governments flourish or perish. Indeed, his lack of faith in public morality is one reason he dedicated so much time to developing sturdy governmental structures; he believed that they were the only sure guards against corruption that a true republic could ever enjoy. 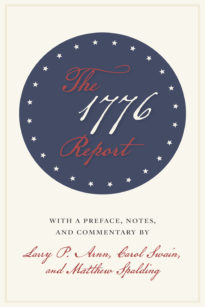