David Horowitz spent the first part of his life in the world of the Communist-progressive left, a politics he inherited from his mother and father, and later in the New Left as one of its founders. When the wreckage he and his comrades had created became clear to him in the mid-1970s, he left. Three decades of second thoughts then made him this movement’s principal intellectual antagonist. “For better or worse,” as Horowitz writes in the preface, “I have been condemned to spend the rest of my days attempting to understand how the left pursues the agendas from which I have separated myself, and why.”

When Horowitz began his odyssey, the left had already escaped the political ghetto to which his parents’ generation and his own had been confined. Today, it has become the dominant force in America’s academic and media cultures, electing a president and achieving a position from which it can shape America’s future. How it achieved its present success and what that success portends are the overarching subjects of Horowitz’s conservative writings. Through the unflinching focus of one singularly engaged witness, the identity of a destructive movement that constantly morphs itself in order to conceal its identity and mission becomes disturbingly clear.

Horowitz reflects on the years he spent at war with his own country, collaborating with and confronting radical figures like Huey Newton, Tom Hayden and Billy Ayers, as he made his transition from what the writer Paul Berman described as the American left’s “most important theorist” to its most determined enemy.

My involvement with the Black Panther Party had begun in early 1973.

I had gone to Los Angeles with Peter Collier to raise money for Ramparts, the flagship magazine of the New Left, which he and I co-edited. One of our marks was Bert Schneider, the producer of Easy Rider, the breakthrough film of the Sixties, which had brought the counter-cultural rebellion into the American mainstream. Schneider gave Ramparts $5,000, and then turned around and asked us to meet his friend Huey Newton.

At the time, Newton was engaged in a life and death feud with Black Panther Eldridge Cleaver. Cleaver had fled to Algiers after a shoot-out with Bay Area police. (Eldridge has since admitted that he ambushed them). Schneider wanted us to take Eldridge’s name off the Ramparts masthead where he was still listed as “International Editor.”

Huey’s attraction to the Left had always been his persona as “Minister of Defense” of the Black Panther Party, his challenge to revolutionary wannabees to live up to their rhetoric and “pick up the gun.” Huey had done just that in his own celebrated confrontation with the law that had left Officer John Frey dead with a bullet wound in his back. Everybody in the Left seemed to believe that Huey had killed Frey, but we wanted to believe as well that Huey – as a victim of racism – was also innocent. Peter’s and my engagement with the Panthers was more social than political, since Ramparts had helped the Party become a national franchise. I was put off by their military style, but now a change in the times prompted the two of us, and especially me, to be interested in the meeting.

By the early 70s, it was clear that the Movement had flamed out. As soon as Nixon signaled the end of the military draft, the anti-war demonstrations stopped and the protestors disappeared, marooning hardcore activists like myself. I felt a need to do something to fill the vacancy. Huey Newton was really alone among Movement figures in recognizing the change in the zeitgeist and making the most of it. In a dramatic announcement, he declared the time had come to “put away the gun” and, instead, to “serve the people,” which seemed sensible enough to me.

Our meeting took place in Huey’s penthouse eyrie, 25 floors above Lake Oakland. In its intra-party polemics, the Eldridge faction had condemned Huey for “selling out the armed struggle,” and made much of Huey’s lavish lifestyle. But the apartment itself was sparely furnished and I was ready to accept Schneider’s explanation that it was necessary for “security.” (A TV screen allowed Huey to view entrants to the building, 25 floors below). Not only J. Edgar Hoover’s infamous agents but also the disgruntled Cleaver elements might very well want to see Huey dead. There had been several killings already. One of Huey’s East Coast loyalists, Sam Napier, had been shot and doused with gasoline, and set on fire.

Somehow, because of Huey’s sober pronouncements and his apparent victory in the intra-party struggle I regarded this reality as part of the past, and no longer threatening. Unlike Elaine, Huey was able to keep his street passions in check in the presence of white intellectuals he intended to make use of. In all the time I worked with him, I never saw him abuse another individual, verbally or otherwise. I never saw him angry or heard him utter a threat. I never saw a gun drawn. When I opposed him on important political issues, as I did at our very first meeting, I found him respectful of my differences, a seduction I could not resist. (My partner, Peter, was more cautious and politically aloof and, as events were to prove, wiser than I.)

As leading New Leftists in the Sixties, Peter Collier and David Horowitz were intimately involved in the radicalism of the day. Later on, they became the first of their generation to publicly reject the objectives of that revolutionary era and point out the cultural chaos it had left behind. Part memoir, part political analysis, part social history, Destructive Generation is the compelling story of their intellectual journey into and out of the radical trenches. 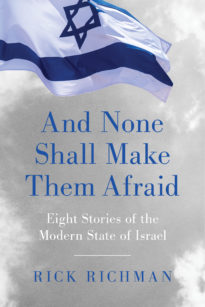