The Novel, Who Needs It? - Encounter Books
Back to Browse
Coming Soon

The Novel, Who Needs It? Coming Soon
The Novel, Who Needs It?
By Joseph Epstein

In this brief but highly engaging book, Joseph Epstein argues for the primacy of fiction, and specifically of the novel, among all intellectual endeavors that seek to describe the behavior of human beings. Reading superior fiction, he holds, arouses the mind in a way that nothing else quite does. He shows how the novel at its best operates above the level of ideas in favor of taking up the truths of the heart. No other form probes so deeply into that eternal mystery of mysteries, human nature, than does the novel.

Along the way, Epstein recounts how we read fiction differently than much else we read. He set out how memory works differently in the reading of fiction than in that of other works. He notes that certain novels are best read at certain ages, and suggests that novels, like movies, might do well to carry ratings, with some novels best read no later than one’s early twenties, others no earlier than the age of forty.

The knowledge one acquires from reading novels differs from all other kinds of knowledge, for the subject of all superior fiction is human existence itself, in all its variousness and often humbling confusion. The spirit of the novel entails questioning much that others consider home truths. This is demonstrated by the fact that so many important philosophers, social scientists, jurists, and other intellectuals have been devoted readers of fiction, among them Oliver Wendell Holmes, Jr., Michael Oakeshott, Edward Shils, and Clifford Geertz.

The Novel, Who Needs It? takes up those current elements in the culture that militate against the production of first-rate fiction. Prominent among them are the rise of online reading, the expansion of creative writing programs, the artistically discouraging effects of political correctness, and the pervasiveness of therapeutic thinking.

As for the question posed by the title, The Novel, Who Needs It?, Joseph Epstein’s answer is that we all do. JOSEPH EPSTEIN is the author of thirty-one books, among them books on divorce, ambition, snobbery, friendship, envy, and gossip.

Many years ago I heard that the writer Irving Kristol, in his day always a fount of good sense, hadadvised young people never to go into a job interview carrying a novel. Carrying a novel, his reasoning was, might suggest you are a touch frivolous—a lightweight and unserious, if not fundamentally unsound. Strikes me, this, as sound advice.

This assumes, of course, that the person interviewing you is himself a bit, perhaps more than a bit, of a philistine, someone who doesn’t mind telling you he never reads fiction, but instead, to establish his own intellectual credentials, reads only biographies and works on American history. In his view there figures to be something a touch airy-fairy about fiction, immature if not childish, harkening back to the day when you asked your mother to tell you a story before going to sleep. Such people are likely also to say that truth is stranger than fiction.

Truth may well be stranger than fiction, but, as the English novelist and screenwriter Frederic Raphael once noted, fiction is truer. By “truer” I believe Raphael meant that fiction—solid, serious,penetrating fiction—cuts

deeper than such standard versions of truth-telling as those on offer in history, biography, social science, philosophy, and elsewhere. Grand claims, these, one might think, yet I happen to believethem. So apparently did Bernard Malamud, in whose novel The Assistant the following bit of dialogue appears:

He asked her what book she was reading.

“I’d rather read the truth,” he said.

The truth she is referring to is the truth of the imagination. 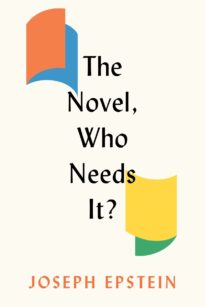