Where Next? - Encounter Books
Back to Browse
Coming Soon Coming Soon
Where Next?
Western Civilization at the Crossroads
By Roger Kimball

At least since Oedipus met King Laius on the road from Delphi to Thebes, the image of a crossroads has signaled a dramatic and morally fraught turning point. It was with that cargo of significance in mind that The New Criterion decided to publish a special series of essays on “Western civilization at the crossroads” throughout this fortieth anniversary season. Featuring contributions by Conrad Black, Victor Davis Hanson, Roger Kimball, Andrew Roberts, and other luminaries, this book collects the ten special essays from The New Criterion’s fortieth-anniversary season to assess where Western civilization is now, and where it’s going. 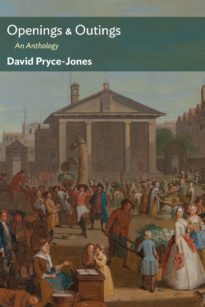