What good can come of bringing such uncomfortable realities into the open? Charles Murray argues that ignoring them is destroying America’s most precious ideal, once known as the American creed: People are to be judged on an equal basis as individuals, not by national origin, social class, race, or religion. The ideology behind the charges of systemic racism repudiates this ideal, demanding instead that the power of the state must be used to favor some groups of people over others to advance social justice.

Americans on the center left and center right who are the American creed’s natural allies have denied themselves the ability to defend it. What else but racism can be to blame for race differences in outcomes? They have been afraid to answer. They must. Facing Reality is a step in that direction. 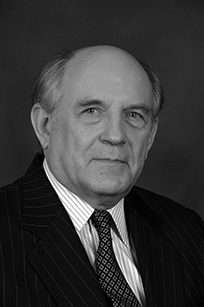 Charles Murray is the Hayek Emeritus Scholar at the American Enterprise Institute. He first came to national attention in 1984 with the publication of Losing Ground, followed by The Bell Curve in 1994 and Coming Apart in 2012. He lives with his wife in Burkittsville, Maryland.

I decided to write this book in the summer of 2020 because of my dismay at the disconnect between the rhetoric about “systemic racism” and the facts. The uncritical acceptance of that narrative by the nation’s elite news media amounted to an unwillingness to face reality.

By facts, I mean what Senator Daniel Patrick Moynihan meant: “Everyone is entitled to his own opinion but not to his own facts.” By reality, I mean what the science fiction novelist Philip Dick meant: “Reality is that which, when you stop believing in it, doesn’t go away.”

I do not dispute evidence of the racism that persists in American life. Rather, I reject the portrayal of American society and institutions as systemically racist and saturated in White privilege. What follows is a data-driven discussion of realities that make America a more complicated and much less racist nation than its radical critics describe.

Of the many facts about race that are ignored, two above all, long since documented beyond reasonable doubt, must be brought into the open and incorporated into the way we think about why American society is the way it is and what can be done through public policy to improve it.

The first is that American Whites, Blacks, Latinos, and Asians, as groups, have different means and distributions of cognitive ability.

The second is that American Whites, Blacks, Latinos, and Asians, as groups, have different rates of violent crime.

What then is the point of writing about them? Aren’t some realities better ignored? The answer goes to a much deeper problem than false accusations of systemic racism. We are engaged in a struggle for America’s soul. Facing reality is essential if that struggle is to be won.