Young Reader’s Edition to Land of Hope (Volume Two)
An Invitation to the Great American Story
By Wilfred M. McClay 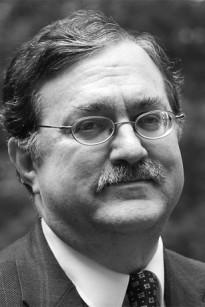 Praise
“
“Wilfred McClay has written more than a textbook. His affirmative, even-handed review of American history, institutions, and character is refreshing, and comes none too soon, when so many accounts are merely trying to settle scores. Beautifully written and fair minded, Land of Hope ranks among finest surveys of the nation’s past.”
— Gilbert T. Sewall
American Textbook Council
Praise
“
“All who think it imperative that young people read a solid U.S. History text, will deeply appreciate the two-volume Land of Hope Young Reader’s Edition. Wilfred McClay modified his 2019 Land of Hope without sacrificing the exemplary qualities that made his earlier book so successful. Students who are fortunate enough to encounter these volumes will become both better readers and more knowledgeable citizens.”
— Lucien Ellington
Professor of Education, UC Foundation of Education; Director, Center for Reflective Citizenship, University of Tennessee at Chattanooga
Praise
“
“Our children stand at risk of not knowing who they are as inheritors and keepers of American freedom. Enter Wilfred M. McClay. This latest edition of his beautiful narrative forms a compelling vision of America’s past. It deepens his young readers’ sympathy for their forebears and guides them to collect as their own the self-evident truths on which the Founders established America and by which Americans best understand freedom, at once our inheritance and responsibility.”
— Andrew J. Zwerneman
Cana Academy
Praise
“
“Professor McClay has brought faith, hope, and charity to this comprehensive and readable narration of our National Story. I believe it will absorb, inform, and delight you.”
— Will Fitzhugh
The Concord Review

We have concentrated on the drama of Reconstruction and have not yet done justice to the more general effects of the Civil War. But those effects were profound. It is no exaggeration to say that the Civil War marks the boundary between early America and modern America. The lightly settled farming republic of the nation’s earlier history was being left behind in favor of a new, larger, more drawn together, and more powerful industrial nation. The country found itself in the grip of compelling new forces. It was exhilarating and frightening at the same time.

Such moments of great historical change can be hard to bring to life. Too often, we lapse into big and abstract terms like industrialization, urbanization, nationalization, centralization, and professionalization to describe them. There are reasons to use such terms. But often it is hard to connect them with our experience, with the things we see or feel. Sometimes the example of a particular thing or event is needed to make it more real to us.

There was just such a significant moment at the very conclusion of the Civil War, a ceremonial occasion that we passed by in silence two chapters ago but to which we shall now return.

That moment was the Grand Review of the Union armies, a solemn but celebratory procession ordered by the War Department for May 18, 1865, thirty-nine days after Appomattox. The participants in the review were the men of the Army of the Potomac, under

General George Meade, and of the combined western armies that had fought through Georgia and the Carolinas under General William Tecumseh Sherman. The resulting parade was an astounding spectacle, on a scale never seen before: two hundred thousand men marching for two days through the streets of Washington, D.C., in a line stretching as long as twenty-five miles.

A steady flow of blue uniforms snaked its way through the city and past the shadow of the Capitol dome “like a tremendous python,” as one observer said. Walt Whitman was there, enchanted by the panorama. “For two days now,” wrote the poet, “the broad space of [Pennsylvania Avenue] along to Treasury hill, and so up to Georgetown, and across the aqueduct bridge, have been alive with a magnificent sight, the returning armies,” marching in “wide ranks stretching clear across the Avenue.” Spectators jammed the streets, sidewalks, doorsteps, windows, and balconies, craning their heads to watch, many having come from hundreds of miles away.

Other celebrations were going on across the country, but none even remotely like this one. And remember this. There had been no such Grand Review at the end of the Revolution, or of the War of 1812, or of the Mexican War. This was something new. It was a national pageant affirming the new primacy in American life of the American nation – of national power and national unity.