After the Flight 93 Election - Encounter Books
Back to Browse Michael Anton addressed the main criticisms of his provocative essay soon afterward in a “Restatement on Flight 93.” A new criticism emerged later on: that he had painted a dire scenario to be averted, but no positive vision.

Here, Anton presents the positive ideal that inspired him—a distillation of his thinking on Americanism, refined over decades. He lays out the foundational principles of the American tradition, examines the biggest threats to its survival, and underscores the necessity of continuing to defend it. is Lecturer in Politics and Research Fellow at Hillsdale College’s Allan P. Kirby, Jr. Center for Constitutional Studies and Citizenship in Washington, D.C. He has served as deputy assistant to President Trump, and in other political and corporate roles. He is also a senior fellow at the Claremont Institute. How America Can Survive Following ‘The Flight 93 Election’

America faces many threats around the world, but we are far more likely to destroy ourselves from within than ever be defeated by an external power. 'After the Flight 93 Election' by Michael Anton

In September of 2016, a short essay appeared in the Claremont Review of Books that laid out, in apocalyptic terms, the binary choice facing conservatives at the home stretch of our last presidential campaign. We offer a show looking back on Michael Anton’s controversial 2016 essay “The Flight 93 Election” which was compared to Tom Paine’s Common Sense as a tract that grabbed the public imagination.

hese are dangerous times. The Left has made them so and insists on increasing the danger. Leftists hold virtually every commanding height in our society—financial, intellectual, educational, cultural, administrative—and yet they affect the posture of an oppressed and besieged “resistance.”

Nonsense. The real resistance is led by President Trump. It is resistance to the Left’s all-consuming drive for absolute power, its hostility to all American and Western norms—constitutional, moral, prudential—and its boundless destructive enmity. If I have been persuaded by any criticism of “The Flight 93 Election,” it is that I was ungenerous to Trump. The president stands clearly and firmly against these virulent attacks on America and firmly for the protection of life and liberty, and the promotion of the good life, for the American people. Those are the core responsibilities of any American president. May President Trump continue to fulfill them until the end of his constitutionally won second term.

What the Kavanaugh affair has made clearer to me than ever is that the Left will not stop until all opposition is totally destroyed. The harm they do to people and institutions, mores and traditions is, in their view, not regrettable though unavoidable collateral damage; it is rather an essential element of the project. It’s a bit rich to be accused by nihilists of lacking a positive vision. But such is life in 2018. To stand up for truth, morality, the good, the West, America, constitutionalism and decency is to summon the furies.

We cannot long go on like this. Something’s gotta give, and something will. What that “something” will be depends in no small part on the actions of men and women of good character, good judgment, and goodwill. Among the most heartening things I’ve seen in my lifetime was the way the president, the Republican establishment, and most of the conservative movement stood together in the face of what a few took to calling “the Flight 93 Confirmation.” In that instance, justice was done. Many more tests are coming. Victory will require not just spirit and spine but the right arguments that explicate the right principles.

For all that lies ahead, let us fortify ourselves with a keener awareness of what we still have left to lose. Which is exactly what inspired me to write “The Flight 93 Election” in the first place.

A Warning to the Republican Establishment 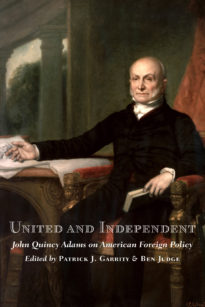